Until 2010, the radius of the proton was believed to be about 0.88 ± 0.01 fm (10-15 m), from measurements using two techniques. First, there are precise measurements of energy levels of atomic hydrogen, an atom with a proton nucleus and a single electron orbiting it. The deviation of these levels from those calculated with quantum mechanics for a point-like proton can be used to determine the proton size. Second, one can shoot a beam of electrons at protons. The probability of the electrons scattering from the protons also depends on the proton size. 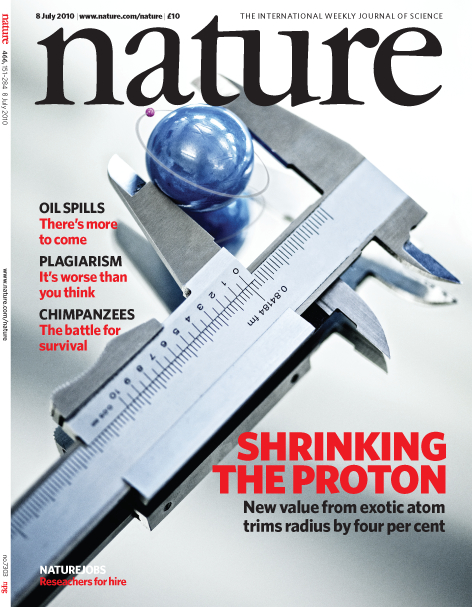 In 2010, measurements of energy levels of muonic hydrogen, an atom with a proton nucleus and a single muon orbiting it, instead gave the proton size as 0.842 ± 0.001 fm. The muon is essentially identical to the electron, but 200 times heavier. As a result it orbits closer to the proton, and can determine the proton size more precisely. The collaboration published an improved, consistent result in 2013.

These matters are extensively discussed in a Workshop on the Proton Radius Puzzle in Trento, Italy in late 2012 and in a review paper by Pohl, Gilman, Miller, and Pachucki. The inconsistency is now at about the 7σ level, and is attracting a lot of attention.

The following documents are available:


The MUSE experiment has also been discussed in talks at several meetings, including:
Please send any comments on this page to Ronald Gilman, rgilman@physics.rutgers.edu.